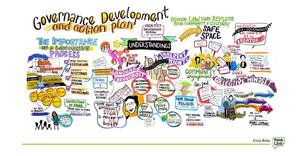 The federal government is promoting Bill C-15, An Act respecting the UN Declaration on the Rights of Indigenous Peoples, as a framework for aligning existing Canadian statutes to “reflect” the 46 articles of the UN Declaration. Should Bill C-15 become law, Ottawa will create an action plan within 3 years to guide this legal review process in some kind of co-ordination and consultation with Indigenous organizations.

This Act may provide an avenue by which First Nations can prepare for and pursue the ending of colonial rule in Canada. The First Nations with Schools Collective, which organizes community-level co-operation around First Nation education in Canada, will be examining this legal avenue to advance the development of comprehensive jurisdiction education systems that prioritize teaching and learning rooted in Indigenous language and cultural pedagogies.

The promise of Bill C-15 should remind First Nations of previous federal pledges to advance community-based education which started with Ottawa’s endorsement of Indian Control of Indian Education in 1973 under Pierre Elliott Trudeau. Since that time, Canada has restricted First Nations to the administration of severely underfunded schooling systems on-reserve which operate under impoverished social conditions. Similarly, pledges towards constitutionally entrenched self-government, first recommended in the 1983 Penner Report and, later, in the 1996 Royal Commission, have been repeatedly sidelined by federal governments.

Articles 13 and 14 of the 2007 UN Declaration have set broad expectations for the equality of First Nation education in the areas of political jurisdiction and funding. These articles directly link Indigenous language and cultural revitalization to the development of community-controlled education systems.

For First Nations to better realize their self-determining aspirations in education through the Bill C-15 “action plan” process, there are three key community-based reforms to organize and strive for. First, is the replacement of the 1995 federal ‘self-government’ policy that, in practice, denies First Nations both constitutionally-entrenched jurisdictional authority and additional funding for programs, services and school facilities.

Second, the federal government needs to do far more to support Indigenous language and cultural revitalization than current legislation and funding allows for. Appreciating that almost every English public school district in the country provides comprehensive French immersion programmes primarily to non-French families, the goal of Indigenous immersion programming must be front and centre in First Nations education reform. Resourcing First Nations to develop their own cultural education systems which prioritize Indigenous language acquisition related to the daily life of learners is a critical requirement in the current context of language endangerment and continuing assimilation.

Third, the current First Nations education funding negotiations under the 2018 ‘Memorandum to Cabinet’ process needs to quickly result in genuinely equitable resourcing that cannot be limited to absolute dollar parity with provincial public systems but instead must extend full support for the extraordinary challenges thrown at First Nations by continuing colonial rule. This full resourcing support must provide for secondary and tertiary level supports similar in scope to the supports district school board and provincial ministries of education enjoy that currently do not exist among First Nations.

The UN Declaration may be a helpful aid to self-determination efforts, however, the wider experience of Canadian pledges repeatedly delayed and broken over nearly half a century counsels First Nations to prioritize developing their own action plans for community-based change in education. To fully assert education self-determination, First Nations community action plans must include strategic organizing efforts that apply firm pressure on the federal government to follow through with their lofty decolonizing promises.