How to close the achievement gap 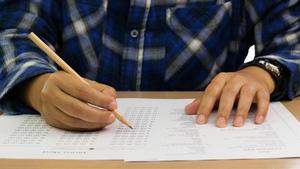 The term “achievement gap” refers to any significant and persistent disparity in academic performance or educational attainment between different groups of students.

By Gerry Kerr, Chignecto Consulting Group
Special to the FNWSC

May 27, 2021 — The term “achievement gap” refers to any significant and persistent disparity in academic performance or educational attainment between different groups of students.

Let’s be clear: The achievement gap is not caused by First Nation students having less inherent capacity to succeed than their provincial counterparts.  It is not an intellectual or ability-to-learn gap.

It is the result of an education system that has been chronically underfunded and underserviced.

That needs to change in order to close the gap. Programming must be provided that recognizes and challenges the intellectual capacity of First Nation students, and does not assume they aren’t capable of meeting provincially equivalent educational norms.

The most widely used measure to determine an achievement gap is disparities in test scores.

Standardized tests, tend to be the most discussed, scrutinized, and reported measure of achievement gaps in provincial systems. In Ontario, the Education Quality and Accountability Office (EQAO)  assessments  of reading, writing and mathematics​ are administered to all Grade 3, 6, 9 and 10 students.

And Indigenous Services Canada (ISC) now requires First Nations to report any results of learning assessments as a condition of their funding agreements.

However, the EQAO test results are not aggregated beyond the community level.

Despite restrictions in available testing data, there is significant evidence — including that completed by the federal government’s Office of the Auditor General,— that the achievement gap is so significant that closing it will take many years and significant supplementary funding.

The federal government’s inability to help improve life for Indigenous people in Canada, including education, was termed an “incomprehensible failure,” by the former auditor general, Michael Ferguson.

His predecessor Sheila Fraser estimated that without additional funding it would take  30 years for First Nation education systems to reach provincial achievement equivalency.

In many First Nation communities, students graduating from Grade 8 are heading into high school at a reading level that is three years behind most of their peers coming out of Ontario’s public school system. The same goes for numeracy.

It is recognized that not all activities that need to be addressed in closing the achievement gap require additional resources.

It is also understood that each community has specific challenges and opportunities to address the achievement gap and will require  a specific strategy to address these.

Having said that, significant additional resources are required by First Nation communities if the achievement gap is to be addressed in First Nation schools.  The incremental amount required is a much higher percentage over base funding currently posed by federal policy makers.