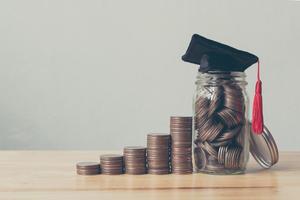 By Gabriel Sekaly of StrategyCorp Inc. – Special to the FNWSC

March 26, 2021 — As part of its framework to improve education funding on First Nation unceded territory, the Government of Canada has proposed using an adapted version of Ontario’s education funding formula for Ontario-based First Nations.  This formula is called the Grants for Student Needs (GSN).

Before embarking on a review of the federal proposal to utilize the GSN, a number of very important points related to the history and context of First Nation education as well as history of the GSN should be laid out and taken into account.

The legacy of the historical underfunding of First Nation education, of the implementation of Residential schools and of other active and passive measures of governments to assimilate and not recognize First Nations must be part of any discussion leading to the development of an education funding model.

A number of recent reviews have addressed the issue of First Nation education, such as the Truth & Reconciliation Commission.  These reviews included a focus on closing the achievement gap between First Nation and non-First Nation students.

In fact, the TRC made the following pertinent recommendations:

We call on the federal government to draft new Aboriginal education legislation with the full participation and informed consent of Aboriginal Peoples. The new legislation would include a commitment to sufficient funding and would incorporate the following principles:

i. Providing sufficient funding to close identified educational achievement gaps within one generation.

In the 2015-2016 school year, Ontario’s overall percentage of students who graduated within four years is 79.6%.  For First Nations students, this rate is less than half at 47.1%.

Similarly in 2015-2016, Ontario’s overall percentage of students with eight or more credits at the end of Grade 9 was 88 per cent.  For First Nations students the percentage was 65 per cent.

And the year-over-year results tell an even graver story.   The rate of First Nation students leaving Grade 10 with 16 or more credits is 52 per cent from 2012-2013 to 2015-2016 school year.  For Ontario students province-wide, 78.5 per cent on average had 16 or more credits during the same time period.  This is a 26 per cent achievement gap.

In terms of EQAO tests if we compare results in Grades 3, 6, 9 and Grade 10 for students in the English school board system to  First Nation and non-Indigenous students we see the following results in the latest available data (2015-16):

There are no comparable publicly available statistics for youth attending schools in First Nation communities.

Given other data sources available, it would be safe to presume that the educational achievements are, at best, on par with that in the English school system which shows a significant gap in reading, writing and math in all grades and through the years in the report.

The Grants for Student Needs that the Ontario Ministry of Education uses to allocate funding to the 72 provincially run school boards is an “input-based” formula. Every year, the Ministry of Education makes adjustments to the formula and funding levels (inputs) based on government policy and fiscal decisions.  For example, whether to increase or decrease class sizes. This formula funds the activities of 72 school boards encompassing about 5,000 schools and over two million students.

More importantly, for our purposes is the fact the GSN was developed in the late 1990’s/early 2000’s to support a mature educational system. A system that had in place structures, processes, curricula, etc.that had evolved over the previous more than 150 years in Ontario.  This includes school board administrative infrastructure, well trained (and organized teachers), robust local governance, relevant curricula, etc.

In fact, prior to education reforms in the late 1990’s, local school boards had the power to increase local tax rates on property owners. In addition, in this provincial model, the ministry has substantial responsibilities, including the development of province-wide curriculum, collective bargaining and provide ongoing support to school boards.

First Nation communities, beyond having to overcome more than 150 years of underfunding and deliberate action by governments to undermine their language, culture and sovereignty also do not have in place the systems, processes and infrastructure that Provincial school boards have and to which the GSN applies.

Fundamentally, the GSN is meant for a mature system.

On First Nations, education traditionally goes beyond the classroom.  It is an education that is rooted in the language, culture, traditions, and history of each individual First Nation.  This focus means that Elders, Traditional Knowledge Keepers and the community as a whole play an important role in the education of their children.  It means that First Nation education encompasses lands-based education that connects the students to their environment and teaches the importance of caring for “Mother Earth for the next 7generations,” a principal found within the FNWSC Education Funding Policy Framework.

Fundamentally the Federal approach of using an adapted version of GSN to determine education funding for First Nation education systems contains a number of flaws, including:

Surely the Government of Canada can do much better.

So why is the FNWSC calling for parity plus in terms of funding for FN Schools? Because it is not about an equal amount of “input”; it is about achieving similar educational and societal outcomes. And to achieve these equitable outcomes, it will require the Government of Canada to properly fund FN schools to overcome the historical inequities and truly support “First Nation control of First Nation education”.