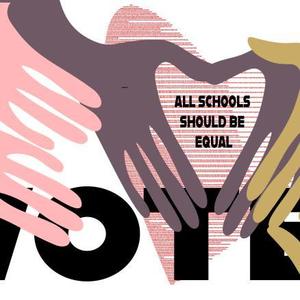 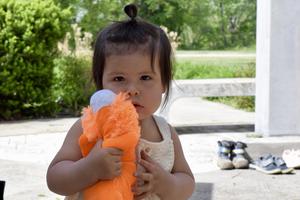 Days before the federal election, the FNWSC published this Call to Action by Western University professor Brent Debassige.

Sept. 17, 2021 — When many Canadians think of education systems, they think of schools funded by provincial and territorial governments.

Parents among them know their children’s education is overseen by the district school board, which contains highly trained educators and is responsible to the province’s Ministry of Education. During provincial election campaigns, voters can expect party leaders to discuss education.

First Nations education, however, is not under provincial or territorial oversight. Instead, it is based on federal treaty-partnerships with First Nations and on inherent rights existing within First Nations societies prior to European contact in the Americas.

While treaty rights are nation-to-nation agreements enshrined in the Canadian constitution, inherent rights — which include the right to First Nations jurisdiction over First Nations education — are eternal. They existed before colonial settlement in Canada and will endure with no foreseeable end.

“To Canadian parents, ask yourself: Would you be content to allow another nation to oversee Canada’s educational systems?”

The result is a limitation on the potential of First Nations peoples to regenerate their languages and cultures, and to receive all the benefits of a 21st century education.

Meanwhile First Nations across the country advocate for their rights, including the right to self-governance. The First Nations with Schools Collective — comprised of eight First Nations governments in Ontario — is among them in working for jurisdiction of education in their communities.

It’s been nearly 50 years since the release of the Assembly of First Nations landmark policy paper, Indian Control of Indian Education.

While Canada committed to applying that policy, the federal government’s definition of First Nations control remains paternalistic, colonial and mostly limited to administration of education, rather than having First Nations be fully self-determining and in full control.

For example, federal oversight of First Nations education consists of a mostly non-Indigenous political  bureaucrats  few of whom have knowledge, expertise, training or understanding of the needs or operation of education systems.

It’s important to recognize the foundations of First Nations models of education are linguistically and culturally distinct. They require all personnel, administrators, and members of the governing authority to have skills, competencies, knowledge, training, and experience to fulfill the aims of a quality First Nations-directed education.

As the rolling waves of the global pandemic have impacted us in ways that will last in memory for decades, there is another reason this past year will stand out for First Nations peoples and many Canadians.

Since May 2021, discoveries of unmarked graves of residential school children have re-traumatized many people across the country.

It can’t be ignored that lack of accountability to First Nations as governing authorities of their own communities are among reasons religious organizations and school administrators could inoculate themselves from wrongdoings at the institutions during the period these tragedies occurred.

To Canadian parents, please ask yourself this: Would you be content to allow another nation (the U.S., perhaps) to oversee Canada’s educational systems?

Many First Nations have been running their educational systems under colonial, paternalistic rule for decades. Considering the circumstances, they’ve done very well, but limiting the full potential of First Nations education outcomes is not acceptable.

Now, as we turn to the federal election, one might ask how many political parties have directly consulted and engaged First Nations communities on what’s needed for their education systems?

Political promises are not enough. The bottom line: Canada is ill-equipped to oversee First Nations education.

If Truth and Reconciliation has significance then Canada’s distinct relationship with First Nations must include full local control of First Nations education by First Nations peoples in a properly funded system.

To Canadians looking for ways to embody the Truth and Reconciliation calls to action, consider asking your elected representatives how they intend to work with First Nations to hand over full local control of First Nations education to those First Nations communities who desire control.

Brent [Ahnungoonhs] Debassige is an Ojibwe-Anishinaabe and a member of the Caribou Clan. He is the former Director of Indigenous Education and an Associate Professor in the Faculty of Education at Western University. He is a participating member of the First Nations with Schools Collective. Brent currently resides in London, Ontario but he is originally from M’Chigeeng First Nation on Manitoulin Island.