How First Nations are Rebuilding our Distinct Education Systems 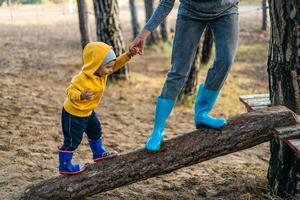 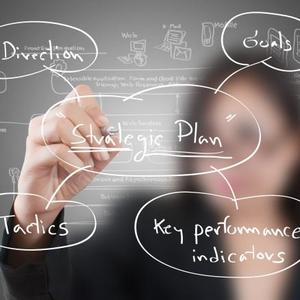 Canadians were shaken to the core this year after being forced to face the reality of  thousands of unmarked graves at former Indian Residential Schools — and in the midst of a pandemic that continues to rage despite all attempts to end it and ‘move on.’ For many across this country, both situations have shone a light on atrocities that can occur when health and education support systems fail.

Health impacts of broken systems sometimes attract headlines and federal commitments when the inequity is glaring enough; like with the lack of clean water in many Indigenous communities.

But education inequities for on-reserve learners often get overlooked.

Despite the fact that First Nation education systems — which are the fiscal responsibility of the federal government — are not equipped with the resources needed to hire program developers, build local curriculum and run culture-based programs that would raise low graduation rates and instill strong cultural identities among Indigenous learners, the issue remains under the radar in Canada.

Unfortunately, this was true even during a federal election season in a year when Canadian awareness of failed education policy for First Nations communities is at an all-time high.

And as they deal on a daily basis with the repercussions of systems that fail their students miserably, they are working behind the scenes to transform education and provide appropriate culture and place-based programming: to provide on-reserve students with a top-tier education.

Through this new blog series, Rebuilding Distinct Education Systems, the FNWSC will explore what First Nation communities are doing to rebuild education systems. It is a movement that is both exciting and filled with challenges due to current federal First Nation education policy.

Contributors are education leaders, sharing their experiences and solutions to revitalize education systems that are culturally defined in terms that make sense in the 21st century.

These efforts and successes illustrate some of the many reasons we exist as a collective. Together, we work toward our shared goal, while learning from one another’s successes and challenges to rebuild our respective education systems.

The case for community schools

For those who believe First Nations students would be equally served by attending a public school in Ontario, we want to be clear: Today’s First Nation learning systems are not comparable to a provincial schooling context.  Their very origins require vastly different approaches.

As pre-confederation treaty and settlement people, our historical nation-to-nation relations in education policy-making is a story of encroachment and neglect. This must be disentangled, taught and understood by future generations in both provincial and First Nation systems.

As peoples historically traumatized by being dislocated from our land and exploited, healing requires immediate family-centred interventions delivered by education systems.

As Original peoples of Turtle Island, our stories of our people, land and Creation are different. The cannon of materials required by educators to teach these concepts and knowledges are largely unwritten or false.

The peoples’ traditional knowledges, in the face of rapid change with technology, require specific actions for protection and use by future generations.

First Nation governments don’t want to repeat the atrocities of past First Nation schooling experiments led by colonial governments. They’d rather work in cooperation with governments, institutions, organizations and enterprises to redefine what it means to be schooled on reserve today.

Rebuilding Distinct Education Systems aims to amplify voices from the front lines.  In this ongoing series, you can expect to learn about perspectives and initiatives related to Indigenous language, anti-colonial partnership building, lifelong-learning environments, land-based learning and leadership.

We are excited to share these stories and to highlight approaches to rebuilding education systems in First Nation communities.

Coming up next: Centering Language in Education programming: Why it’s important and what it looks like.