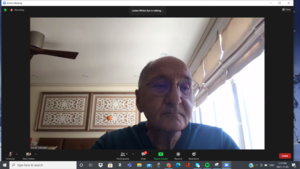 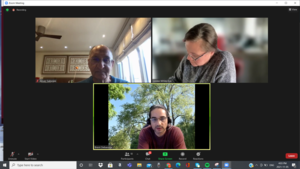 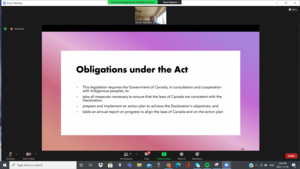 In Bill C-15, the government of Canada says it 'rejects all forms of colonialism.'

Despite country-wide commitments to reconciliation and pledges to honour treaties, history has shown that Indigenous Peoples must actively hold the federal government accountable to human rights when it comes to First Nations, Dr. Anver Saloojee of Ryerson University told members of the First Nations with Schools Collective (FNWSC).

First Nations education leaders who contributed to the human rights training session hosted by FNWSC agreed that with the recent passing of Bill C-15, the time is right to pressure Canada’s political decision makers to change colonial policies that continue to oppress First Nations communities.

“Accountability is going to unfortunately rest with the victims of colonization,” said Leslee White-Eye, FNWSC Structural Readiness Coordinator. “It is incumbent upon Indigenous peoples themselves to define what the standard is. . . To call it out every time there is an infraction.”

Under Bill C-15, the government of Canada must bring its laws in line with the United Nations Declaration on the Rights of Indigenous Peoples (UNDRIP), which includes that “Indigenous peoples have the right to establish and control their educational systems and institutions providing education in their own languages, in a manner appropriate to their cultural methods of teaching and learning.”

The new law requires the government of Canada to consult and co-operate with Indigenous leaders, to implement an action plan and to provide annual progress reports. Although those steps are obligations, it’s important for First Nations leaders and advocates to be clear on them, so they can “ensure what the government says is accurate," Saloojee said.

A political science professor and activist, Saloojee joined the anti-apartheid struggle as a youth in South Africa, and between 2005 and 2008 he worked as a special advisor to the president, helping advance equity rights for South African citizens.

“How do you think Indigenous Nations across the country can hold the government accountable in the implementation of UNDRIP,” he asked FNWSC members, sparking an interesting conversation among participants who spoke of efforts past and present.

“It’s not that we’ve been sitting idle,” said White-Eye. “We’ve been working very hard and living up to the dream of UNDRIP. “We have a lot already being done. We have to keep moving forward but the strength comes in strategically moving forward as a united front.”

During the training, Saloojee talked about legal precedents in which First Nations have taken legal action against governments and he also went through the wording of C-15.

C-15 says says all policies and practices based on the doctrine of discovery (a 15th century policy that authorized Christian explorers to claim “terra nullius” or vacant lands) are racist, scientifically false, legally invalid, morally condemnable and socially unjust.

“The language is very clear. It’s succinct. It’s quite forceful and needs to be used,” said Saloojee. “This is the living document that I think will have huge implementations for the Crown Indigenous working relationship.”

GOVERNMENT 'REJECTS ALL FORMS OF COLONIALISM'

The act says the government of Canada “rejects all forms of colonialism,” which is critical language, Saloojee and the members agreed.

“This is where First Nations need to assert the notions of what constitutes colonialism,” said FNWSC partner Brent Debassige. “Even the existence of [Canada] declaring its own sovereignty is a form of colonialism.”

Audrey Powless-Bomberry, a councillor at Six Nations of the Grand Rivers said Indigenous communities must be co-developers on policy that affects First Nations.

“First Nations have to have a voice in this,” she said.

The session ended with plans for more training on how to assert Indigenous rights.

“We do have the right to jurisdiction in education.”