This Anishinaabemowin program is a ‘community initiative’ 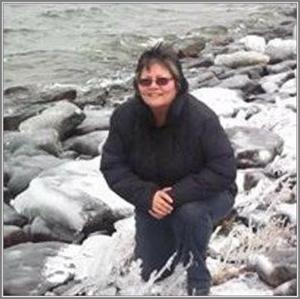 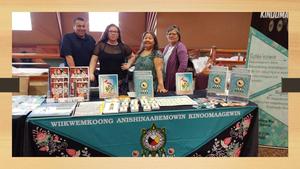 The language program at Wiikwemkoong Board of Education supports the strategic plan of Chief and Council. Program Manager Sandra Peltier tells us what makes it work. With a program manager, a budget to hire fluent speakers including Elders and a team to create resources, the Anishinaabemowin program at Wiikwemkoong Board of Education is designed to help bring language and culture back into daily life in the community.

Its name Wiikwemkoong Anishinaabemowin Kinoomaagewin (WAK), reflects the reality that the nation has lost some of its language and many of its knowledge keepers — and that revitalizing Anishinaabemowin is a community undertaking, says Program Manager Sandra Peltier.

“This is a community initiative and it’s also a community responsibility to prevent further decline of our community language,” Peltier says. “Chief and Council’s vision is to promote life-long learning and success guided by Anishinabek world views, and our board of education follows the strategic plan of council.“

Since 2017, WAK has had a new logo, mission and vision to guide the department in producing curriculum resources meant to reflect Wiikwemkoong values and beliefs, history, culture, and identity. Aside from its curriculum being taught at all Wiikwemkoong schools, you can find WAK on social media, posting language posters, photos and videos on Twitter,  Facebook and Instagram.

“There is an urgency. Our stories need to go into our curriculum now,” says Peltier who is certified with the Ontario College of Teachers and has been involved in education for 35 years.

Still, it took determination and the support of leadership to build the foundation of a strong language resources program. Before being renamed WAK in 2017, the language department was called the Anishinaabemowin Curriculum Department. “But we had no curriculum,” says Peltier.

That’s a situation other First Nations can relate to, as educators work to overcome challenging circumstances in order to create the curriculum and infrastructure needed to rebuild distinct education systems for lifelong learners.

FNWSC spoke to Peltier about how to create strong language programming as part of our goal to promote sharing success stories.

Strong support of leadership is needed

“You have to keep pushing for it,” says Peltier. “As a board of education we have to follow the strategic plan of leadership, and leadership’s vision is very simple — it is to provide an education enabling community members to participate fully in any society by promoting a positive self-concept of Anishinabek Nation.” Some classroom resources made available by the WAK team

“As a school board, we are engaging ourselves with that community vision of language and cultural learning,” she says. “And everything we do is for the child.”

Peltier knows the challenges around building strong language programs. A fluent speaker who grew up speaking Anishinaabemowin, Peltier has always been passionate about passing on the language.

In 1986, she had her first opportunity to teach language with the Wiikwemkoong board.

While it seemed like a dream come true, Peltier realized the barriers she was up against when she arrived to find a desk, but no resources. She soon left to teach at Woodland Cultural Centre at Six Nations, then took a job teaching with the Manitoulin School Board which later amalgamated with Espanola and Sudbury.

In 2009, she moved back to the Wiikwemkoong Board of Education, to take a role as Anishinaabemowin Immersion Specialist. Staff turnover meant she filled in as acting principal, then Grade 1 teacher before moving over to the high school to teach for several years (students loved her classroom, known for its home-away-from-home environment with a microwave and coffee pot) until 2017, when she took on her current role of program manager. “The number one thing I love doing is my language,” says Peltier. “I always come back to it. “Every time I teach my language, I teach respect for self, for home and for community.”

WAK is continuing to grow with support from school principals and the education director who agree that in order to meet council’s vision, the board of education must commit to making language department employees “core” staff.

The board has also hired another language teacher to work with the WAK team on developing lesson plans and assessments and has has changed the previous format of having  one Anishinaabemowin teacher go classroom-to-classroom, with a team of 15 “Anishinaabemowin Specialist Instructors” who are fluent or speak Anishinaabemowin as a second language and who each work in one or two classrooms to mentor teachers who don’t.

WAK equips each specialist with curriculum resources and guidelines on their roles and responsibilities.

In October, the board of education had its first ever professional development day focused on the role of Anishinaabemowin Specialist Instructors  — a one day conference supporting language and culture education in the classrooms.

She says it’s essential for resource creators to work closely with Elders and to pay them well.

“I need confirmation from our Elders. The amount of knowledge they have is enormous and paramount,” she says. “I need to know I’m doing right for our kids.”

“Although Wiki is still strong, we have lost too,” says Peltier, referring to the devastation of language and culture caused by Canada’s residential school system.