Information-sharing with Chiefs of Ontario 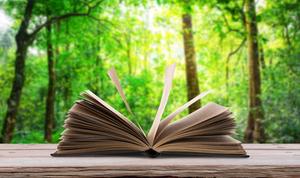 “This gives us an opportunity to look at the resources we have within our community." - Sagamok First Nation Chief Alan Ozawanimki
May 6, 2022

As the First Nation with Schools Collective (FNWSC) works to achieve the overarching goal of transforming First Nation education systems, there is value in sharing knowledge and information with Indigenous communities and organizations with similar goals.

FNWSC members had questions around two key funding areas that have been excluded by the federal government of Canada: Major Capital and Indigenous Language Immersion.

COO has pulled out of the Assembly of First Nations table on education because decisions being made for First Nations across the country would result in funding losses for those in the region of Ontario, Candlish said.

She invited the collective to take a closer look at what COO is doing when it comes to capital funding and welcomed feedback and input on existing gaps.

“There are emerging models of First Nation education and divergent perspectives on jurisdiction and funding,” he said. “Sometimes when organizations make decisions … it represents as though there is direction and the government (of Canada) looks at it as though they came to some agreement, when that’s clearly not the case.”

An opportunity to move forward as a group

“This gives us an opportunity to look at the resources we have within our community and draw parallels with curriculum delivery — and take control of education and our language. In terms of a strategic approach to engaging organizations, including PTOs and AFN, we can look at advocacy on a large scale and as a group,” Ozawanimki said. “We are certainly on the right track with approaching matters that require advocacy and opportunities for us to move forward as a group.”