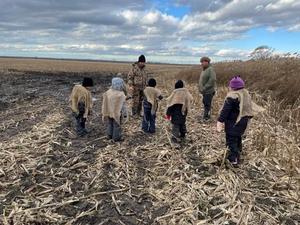 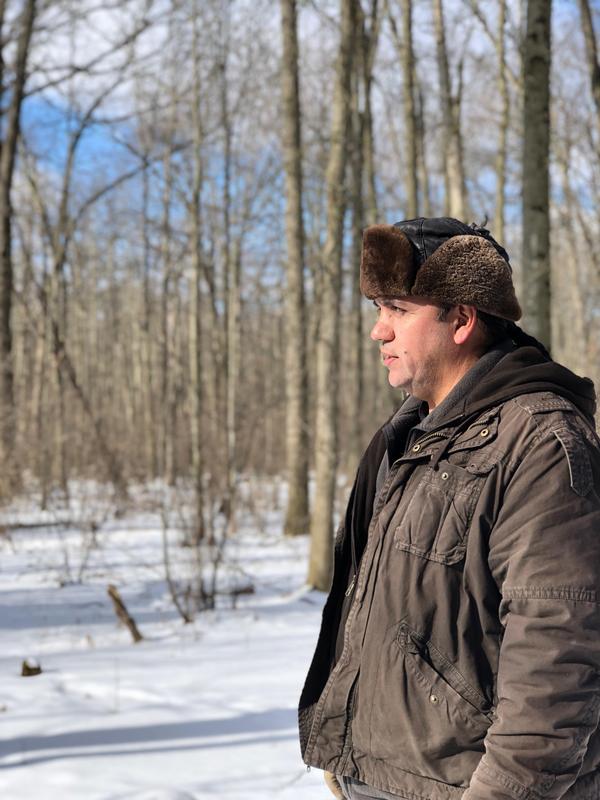 With few language-based curriculum materials, educators use the land as their resource

Seven years after Bkejwanong Territory launched its language immersion program for elementary school students, the sounds of children speaking Anishinaabemowin can be heard in the community.

To Minogiizhgad, the school’s immersion co-ordinator (pictured right), those beautiful sounds prove the Anishnabeg Kinomaagewgamig (AK) school is achieving its goals for the First Nation.

There are other signs as well that the land- and culture-based education is beneficial to the community. Like the way AK students care for the Elders who’ve been teaching them the language. The way they are learning to connect cultural events to each moon.

“To these students, a Tim Hortons cup left on the ground stands out like night and day – they see it as someone littering on Mother Earth because of the teachings,” said Minogiizhgad. “I consider that a success.

With few language-based curriculum materials, educators use the land as their resource. The goal is to deliver a minimum of 50 per cent of education outdoors, participating in educational activities that are traditional to the community, such as harvesting, hunting and ice fishing. “The hope is that they’ll start to reconnect with our ancestral ways of knowing and doing and start to change how we do things today that are more reflective of those ancestral ways,” said Minogiizhgad. “Through language acquisition there’s a cultural component that is really just as valuable.”

When Bkejwanong (also known as Walpole Island First Nation) started the AK program in 2015 to address the reality that the community was at risk of losing its language, fewer than one per cent of community members were first-language speakers.

Today there are about 15 first-language speakers in a community with a membership of 5,000, making the need for immersion for children and lifelong learners more urgent than ever. Teachers at the school include three first speakers and the program also brings in speakers and Indigenous knowledge keepers from the community. Traditional activities are part of the curriculum at AK

“Even though according to the vision we are not quite there at this time, the students are getting an enormous amount of language,” said Minogiizhgad. “You can hear them using the language – not only when they’re in the classroom, but even outdoors.

“That’s an indication that this is working.”

Like other First Nations, Bkejwanong faces challenges in delivering its language program.

To address this educational gap, the community is trying to create more speakers through initiatives such as a new two-year adult immersion program starting this summer.

When the new school year started, the teachers explored the land to find connections to incorporate Indigenous context to the provincial curriculum.

The land is the resource in language-based education

In March, during Ziisbaakdoke Giizis, (Sugar Making Moon) educators looked at the sugar making process,  which includes tapping trees and collecting sap. The school uses those cultural teachings to connect with math and science – examining states of matter, for instance through a boiling process, evaporation and crystallization.
"We're able to incorporate all of our indigenous ways of knowing in with the language acquisition,” said Minogiizhgad. “We incorporate hunting, harvesting, storytelling, making sugar, spearing, planting, berry-picking – everything into the curriculum.”
We’re providing them with the tools and concepts based on value systems that our ancestors lived by as a way of life. Educators are making connections between culture and curriculum

During lunch period, a student went up to take additional helpings from the meal program provided by the school. The student was welcome to it, but some people noticed and thought it was odd because that particular student always brought  a wholesome lunch. It turned out the student wasn’t getting it for themself, but for an Elder who had been helping out in the class.
“When you think about that cultural piece, that’s evidence right there that what is being shared with these young people is being displayed in their actions,” said Minogiizhgad. “It stands out to me, there is something happening here.”