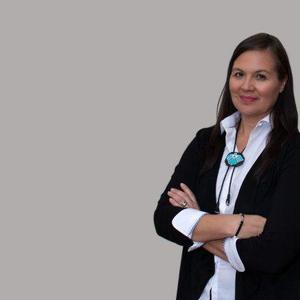 If you don’t live in Quebec, you may not think much about that province’s recent decision to pass Bill 96, a law designed to protect French language by restricting the use of others.


But Bill 96 has severe implications far beyond the Quebec borders. It is an affront to First Nations working to protect and save their languages across the entire country.


And the government of Canada’s failure to demand, alongside First Nation leaders, exemption of Indigenous Peoples from this law is a signal to those of us who have been working in good faith with that federal government to create new foundations for Canada-First Nation relations. It tells us our nagging doubts are grounded in truth: that despite its stated intentions, Canada isn’t truly committed to a new approach to First Nation relations.


Forcing a language on a population doesn’t work. First Nations know that.


As an Anishinaabe Ojibway, I can relate to Quebec’s desire to protect its language. What is language, after all, if it isn’t held collectively?


As a former teacher in my community of Chippewas of the Thames First Nation, which is located in Southwestern Ontario, I know how difficult it is to revitalize a first language when a dominant language permeates everyday life.


My community is one of eight Ontario First Nations that have been working collectively to exercise our right to build language programs within our own education systems. As the Quebec government knows, efforts to preserve culture and language are constantly at odds with assimilation tactics.


But Quebec’s affirmation of the collective rights of a nation in Bill 96 is a denial of First Nations’ rights to do the same.


The collateral damage of denying First Nation language-based learning over French-language learning is swift and powerful. Evidence of that can be found in First Nation graduation rates.  New mandatory courses requirements in French mean another barrier to students attending school on-reserve where, if they are lucky, are learning their own languages.

First Nations must be exempt from this flawed law. Accommodations for Indigenous students should be the bare minimum across this country, especially, amid promises from every level of government of late to address the legacy of the Indian Residential School system.


The federal government’s silence on this issue in Quebec is unacceptable.   It’s a defiance of Canada’s own laws.


In 2019, the government passed the Indigenous Languages Act, meant to be a protective measure for Indigenous languages rights in Canada.  Parliamentarians need to honour the Act along with the government’s commitment to the United Nations Declaration on the Rights of Indigenous Peoples Act (UNDRIPA) – passed in the summer of 2022.


Here is an opportunity to exercise a united voice with First Nations, to sound the cautions when another jurisdiction has overstepped.


The Government of Canada could redirect “other-than” Quebec language resources to Indigenous language immersion and course-credit programs, so First Nations, too can enjoy protection of minority language rights at equitable levels as French.


It could add Indigenous languages as official languages of Canada.


Call to action: Stand up for Indigenous children


This affront to Haudenosaunee nations and their right to control and develop education systems in Quebec is an affront to us all across this country.


“If the government of Quebec places any value in developing a relationship … based on peaceful co-existence and mutual respect, this law will certainly deteriorate any amity that exists between our two peoples and destroy any hope of reconciliation,” said a statement issued by the Haudenosaunee Longhouse, the traditional Mohawk government in the community of Kahnawake,


Let’s strengthen Canadian’s resolve to stand up for the rights of Indigenous children to access education that will revitalize their languages.


Teachers’ unions, education leaders, human rights activists, politicians, government officials and parents: Stand up for Indigenous children and for the rights of First Nations to control their own education.


You have a choice in creating a Canada that enjoys “peaceful coexistence.”


We are stronger together.  The passing of Bill 96 is a signal to First Nations  and all Canadians  we must act in a united approach to address our shared colonial experience as three founding peoples in Canada.