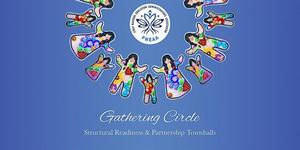 Indigenous Rights activist Jeannette Corbiere Lavell was one of several speakers at a recent Gathering Circle to discuss the United Nations Declaration on the Rights of Indigenous People (UNDRIP) as it relates to education.

Corbiere Lavell, an Elder and educator from Wiikwemkoong Unceded Territory, spoke at a recent Gathering Circle to discuss how First Nations communities can hold Canada to account on its own commitment to meet the objectives of the United Nations Declaration on the Rights of Indigenous Peoples (UNDRIP).

“At this period of time in our relationship with the government, we need to make use of this opportunity,” said Corbiere Lavell, who is also a founding member of the Ontario Native Women’s Association and a recipient of the Order of Canada. “Let’s look at developing our own ways of teaching, our own system of knowledge-gathering, and relating that to our young people, putting it in historical context, documenting, writing books and respecting our young people who were able to get into the education system and become professionals.”

Hosted by First Nations Education Administrators Association (FNEAA) in partnership with FNWSC for the UNDRIPA Initiative, the September Gathering Circle drew dozens of Indigenous educators and curriculum writers who were asked to share their thoughts about what First Nation control of First Nation Education would mean to them. “We need to reestablish our relationships with one another, and what we need to discuss today is what we consider when we consider language rights,” said Elder Mike Mitchell, after giving Thanksgiving opening in Mohawk. “What can we pass on for our children to inherit from us that has not been damaged by residential schools and federal government policy?”

UNDRIP is an international instrument that affirms the minimum standards of human rights and wellbeing of Indigenous Peoples throughout the world. It was adopted by the UN General Assembly in 2007, and endorsed by the government of Canada in 2016.

Last year, in June 2021, UNDRIPA received royal assent in Canada and the federal government set a two-year timeline for the Department of Justice to engage with First Nations communities and organizations and implement an action plan.

Structural Readiness Coordinator Leslee White-Eye spoke about how FNWSC’s goal to achieve full and unfettered control over First Nations education systems aligns with Article 14 of UNDRIP, which speaks to the right for Indigenous Peoples to establish and control their own education systems.

“Article 14 sits squarely in our work at the collective,” said White-Eye. “All participants came together having complete understanding that it is an inherent right of our respective peoples to have control over our learning systems and our institutions.”

The Gathering Circle was an opportunity to share stories as part of FNWSC’s UNDRIPA Project. FNWSC is collecting and documenting First Nation stories and visions for self-determined learning systems and will present the findings to the federal government to help inform its action plan on UNDRIPA.

“These declarations (such as UNDRIP) are strengthened by the very people they are meant to serve,” said White-Eye. “It will be up to us to hold Canada accountable and say what self-determined education looks like to us.” Since the summer of 2022, FNWSC has been hosting community engagements to interview First Nations members about what lifelong learning systems, we design, should be protecting for future generations in our respective First Nations.

“We are hearing about visions our communities have had for themselves for a long, long time. Long before UNDRIPA,” said White-Eye, of the consultations.

The project is collecting feedback on the following three questions:

In preparation for this work, FNWSC last year offered members  UNDRIP training sessions hosted by human rights expert Dr. Anver Saloojee. The Collective has also been talking with global Indigenous evaluation organization EvalIndigenous about building a report based on the feedback.

During the Gathering Circle, FNWSC asked the panelists to speak to the three questions. Along with Corbiere Lavell, the following panelists shared their own education journeys and their perspectives:

You can read what each had to say or watch the full recording of the meeting.