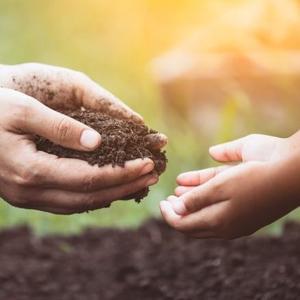 Fifty years ago this week, on May 17, 1972, an executive committee of the National Indian Brotherhood — now the Assembly of First Nations — set in motion what would be a foundational paper calling for First Nation control of First Nation education.

After a century of failed First Nation education policy to the devastation of Indigenous communities across the country, this signaled a milestone. Within a year, the Government of Canada affirmed the paper, “approving its proposals and committing the Department of Indian Affairs and Northern Development to implementing them,” the report states.

But 50 years later, successive federal governments have never given the paper meaningful support by attaching the funds that would be required for a First Nation’s leadership to effectively implement its own distinct education system.

So while the collective honours those who drafted the paper, we must acknowledge there is still so much work to be done. And the Government of Canada needs to do its part.

Brent Debassige, who is a partner of the collective, an associate professor and researcher with Western University's Faculty of Education, says it's important to consider all the assets of worth that support provincial systems in terms of land holdings, cash, investments, yearly revenues, fundraising, a robust and well-compensated workforce, funding for curriculum development, curriculum review and special projects, past and present municipal and provincial funding agreements, and other grants.

"When compared to First Nations education systems, the province’s overall wealth is staggering. First Nations systems need additional long-term funding arrangements to catch up and to ensure a level playing field," he says. "Then add the impacts of the colonial system and trauma caused by generations of harmful policies, discrimination and neglect.

The irony is that now, while mainstream institutions publicly and proudly discuss efforts to “Indigenize and decolonize,” their systems in response to calls to action from Canada’s Truth and Reconciliation Commission and the article 14 of the United Nations Declaration on the Rights of Indigenous Peoples, and more awareness of residential school system atrocities many First Nations are not able to fully Indigenize and decolonize their education systems.

Chronic underfunding from the Government of Canada prevents First Nations from creating distinct curriculum, rooted in local history, traditions and language, and from implementing distinct programming that could help decolonize their own education systems and improve outcomes for students.

First Nations-designed policy and the funds to implement it go hand-in-hand. The Canadian government knows this. But instead of the federal government leading the change, it has been First Nations and Indigenous people and organizations like FNWSC  – bolstered by TRC and UNDRIP – leading efforts to transform education systems on reserves.

At FNWSC ,we were so fortunate to have the leadership of Lewis Debassige ba, an Anishinaabe warrior and lifelong Indigenous education advocate from M’Chigeeng First Nation who co-authored Indian Control of Indian Education. Lewis began his spirit journey in 2019 and we miss him dearly. For decades after that milestone report, Lewis kept advocating for First Nation Education. Today, the First Nations with Schools Collective, with a full-time staff of one, continues to shoulder the work the federal government agreed to do in 1972.

Our children have always deserved the same opportunities as all other children in this country. Of course they have.  We are lifelong learners and we are committed to education transformation that will allow our communities to thrive.

We are eight First Nations with schools, continuing to work toward the goal Lewis and the other architects put forth 50 years ago: Full First Nation control of First Nation Education.

*For more context around the 1972 paper and Indigenous leaders efforts to transform First Nations education, see this article by scholar and friend of the collective Joshua Manitowabi: